The plant featured today is Festuca glauca – a low maintenance and lovely ornamental grass. It is a semi-evergreen grass that forms tight mounds of silver-blue foliage. The needle-like foliage of Festuca glauca changes it colors from blue-green to silver-blue and from steel-blue to brown throughout the year. Because of unusual texture and color of its foliage, and attractive tufted shape of the plant, It has become a popular grass for gardens and landscapes. It is often mass planted in rock gardens or mixed with succulents to form beautiful landscape designs.

Festuca glauca can also be grown in containers, garden borders or simply as a pot plant. The ornamental value of this lovely grass is doubled by its delicate inflorescence.

How to Grow Festuca glauca

Festuca glauca requires a well-drained soil under partial sun. It has tremendous ability to survive long spells of drought. In colder climates, the foliage is usually cut back in harsh winter in order to get fresh foliage in spring.

Festuca glauca can grow up to 10 inches and is easily propagated from clumps divided from the mother plant. When grown in pots, it should be repotted every 3 to 4 years or transferred to ground permanently.

My love for succulents especially Agaves in not old but it is for sure obsessive. In fact, I have replaced many other plants in my collection with Agaves. The following are some of the Agaves in my succulent garden.

My favorite plant – Agave victoria reginae is slow but easy to grow plant characterized by a unique leaf pattern and formation.

This variegated variety is even more beautiful and unique than its original form. 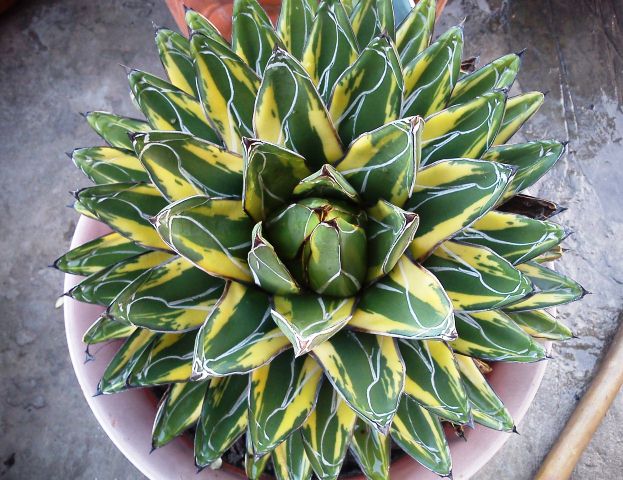 A very different formation and leaf style for an Agave. Agave bracteosa has ‘softer’ and spineless leaves – quite different from its cousins. 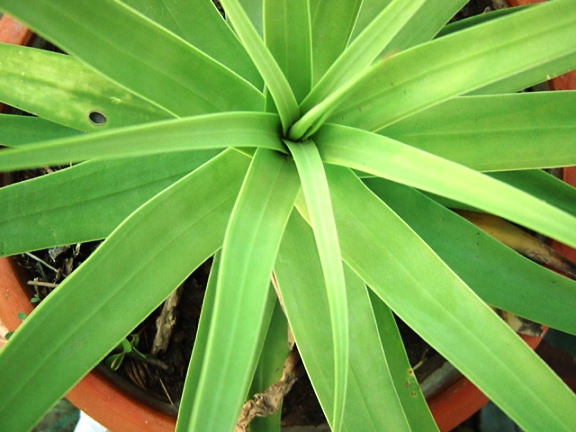 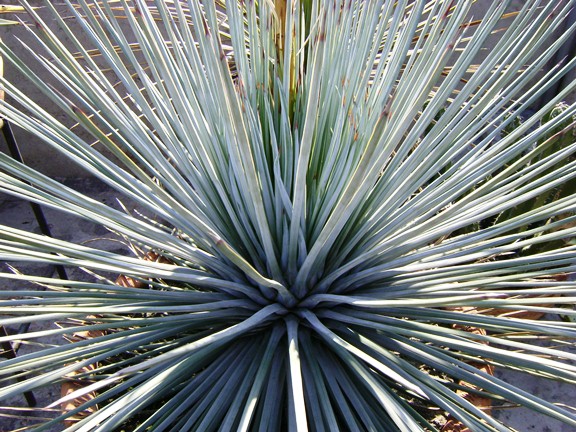 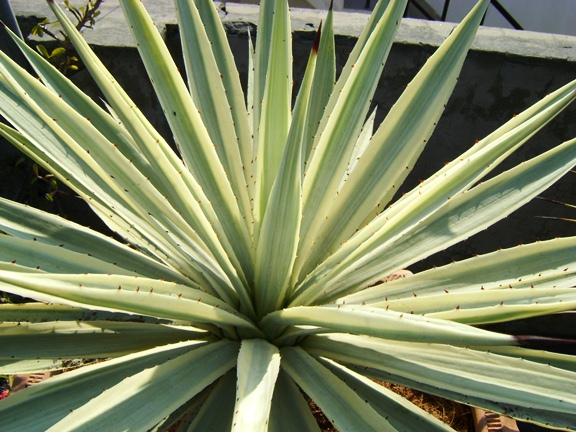 Another beautiful Agave with bicolor leaves beautified by red spines. 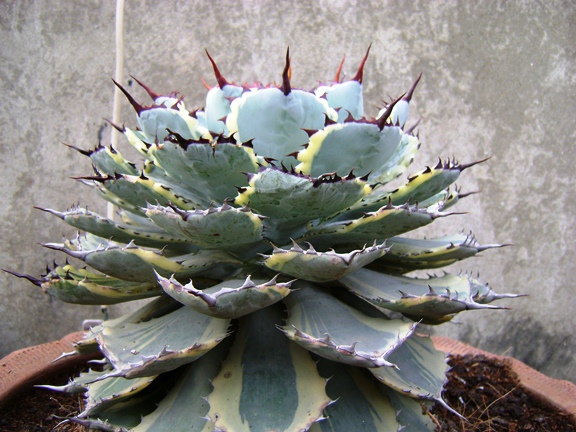 Somewhat similar to Agave victoria reginae but with different style and formation of leaves. 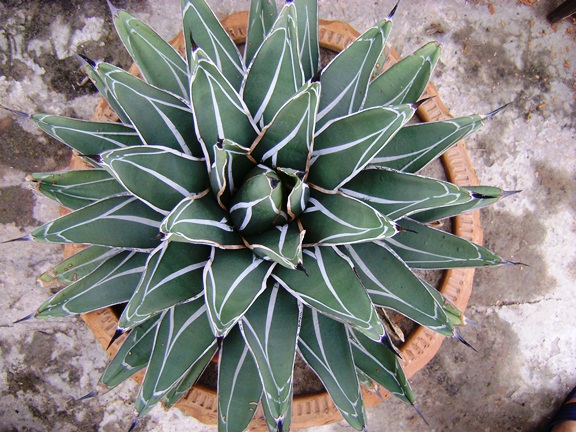 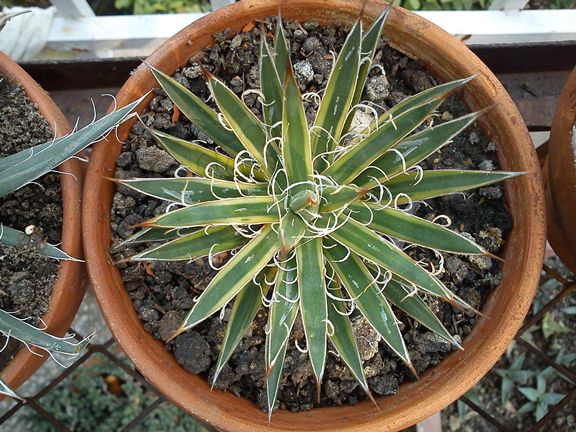 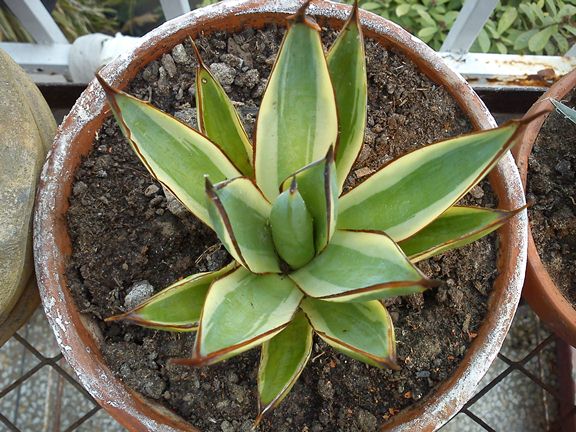 A nice plant for landscaping/ xeriscaping – fast growing and easy to maintain. 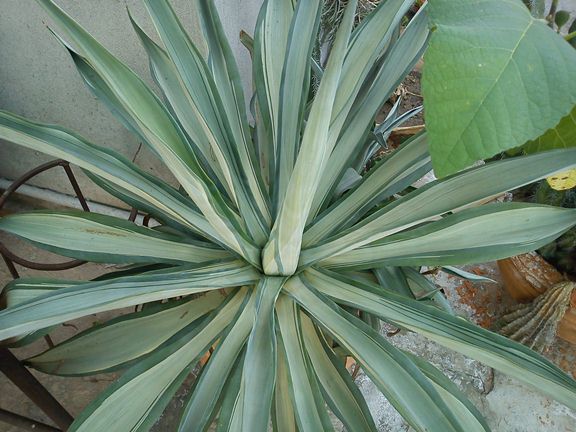 A clump of Agave guiengola ‘Creme Brulee’. A delicate yet fast growing plant. Good for containers. 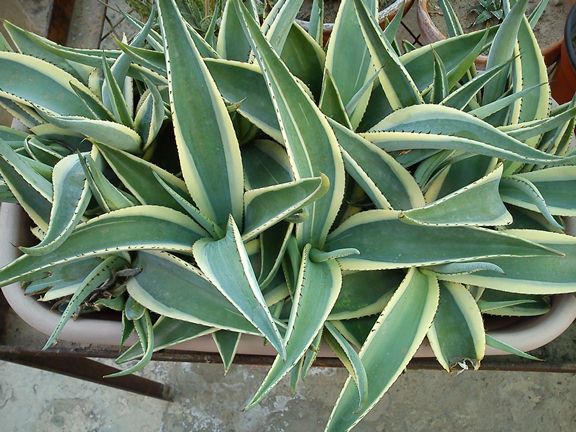 Unique and attractive, it is believes to be a cross of Manfreda and Agave, that is why it is also described as Mangave. 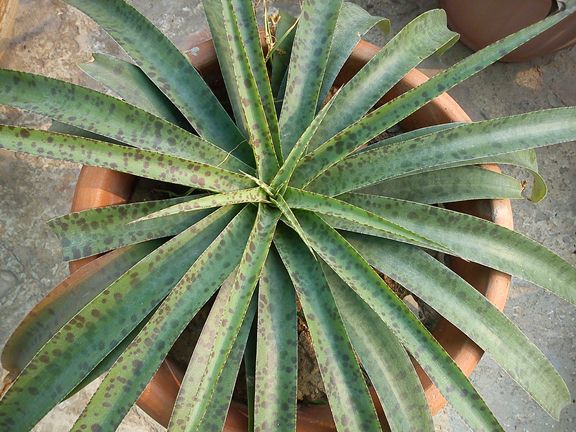 Another beautiful variety of Agave victoria reginae. ‘Kazo Bana‘ is quite rare and elegant plant. 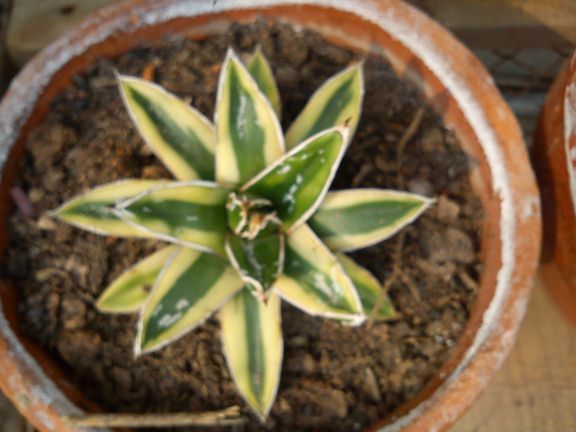 As the name suggests, this is a colorful and beautiful plant. Ideal for both container gardening as well as landscaping. 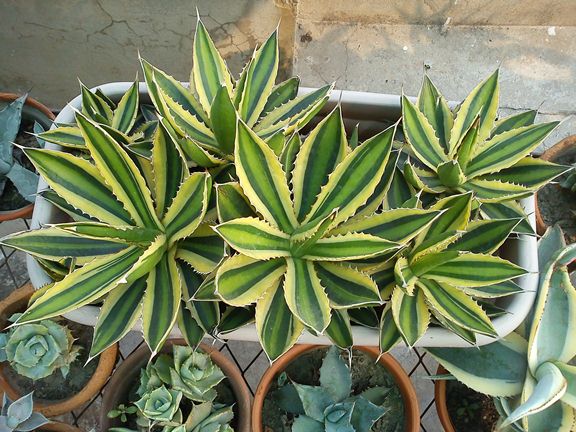 The name – Shira ito no Ohi – is quite difficult to pronounce and so is the maintenance of the plant. 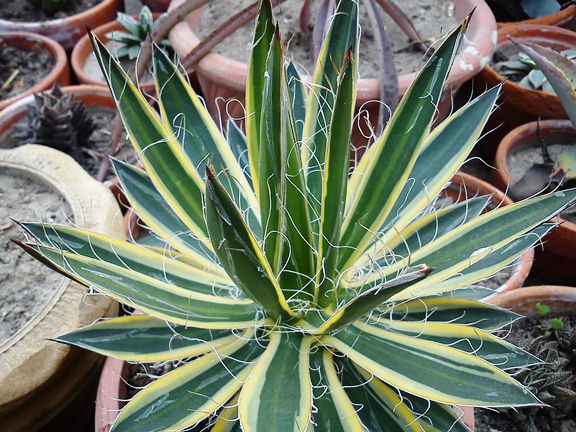 Today I am featuring Agave ‘Blue Glow’ which is one of my favorite of all agave plants in my collection. Agave ‘Blue Glow’ is supposed to be a hybrid between Agave Attenuata and Agave Ocahui – ‘Blue Glow’ has long narrow leaves (from Agave Ocahui) with a terminal spines and almost no marginal spines (from Agave Attenuata). Dark blue-green leaves have red margins that glow when seen at eye-level with sunlight in the background. Agave ‘Blue Glow’ is relatively slow growing plant that tends to grow solitary. It forms a compact rosette of up to 18 inches in height and spreads as wide as 2 feet- suitable for growing in containers. The plant in picture is about 2 years old and was grown from a small offset.

Agave ‘Blue Glow’ prefers bright sunlight but protection from direct harsh sun of summer. It is quite hardy, easy to grow, and drought tolerant. I am growing my plant in a terracotta pot in my roof garden. 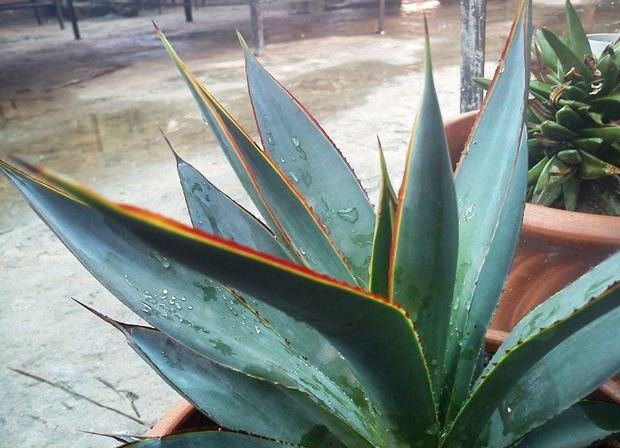