Ixora coccinea ‘Jacqueline’ is one of the many popular hybrids of Ixora coccinea. The plant is popular for its salmon orange blooms and evergreen foliage. Like other plants of the genus, Ixora ‘Jacqueline’ prefers a well-drained, loamy and slightly acidic soil. Suitable for outdoor plantation, this beautiful hybrid is a bit fussy about moisture and temperature. The idea place for Ixora ‘Jacqueline’ in a garden is a sunny spot where it receives bright sunlight but protection from frosty winters.

Ixora ‘Jacqueline’ is characterized by glossy foliage and shrubby growth that can be easily control by regular pruning. Ixora ‘Jacqueline’ does not like being moved around and often drops flower buds when moved around. Clusters of showy flowers appear almost all through the summer. The plant benefits from general purpose fertilizer every fortnight during the flowering season.

Ixora is an evergreen flowering bush and belongs to the Rubiaceae family, which is one of the most important families of the plant kingdom because of its commercial, medicinal and ornamental use. Two species from this family, Coffea canephor and Coffea Arabica, are used for the production of coffee. The bark of trees of Cinchona is used to extract quinine which is widely used for the cure of malaria. Similarly, Psychotria Ipecacuanha is used to produce Ipecac syrup used for emetic purposes. 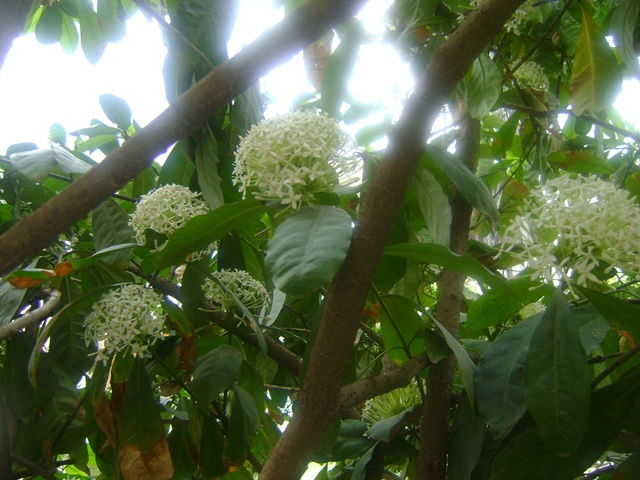 As a flowering bush, Ixora grows in to a dense and well branched shrub, commonly reaching 4 to 6 feet in height though some species can grow as tall as 12 feet. The size and color of leaves and flowers vary across 400 species. Plants have glossy leaves of dark green color and large clusters of tiny star shaped flowers of white, red, yellow or orange color that usually bloom in summer. It is also known as West Indian Jasmine, Jungle Geranium, and Flame in the Woods. 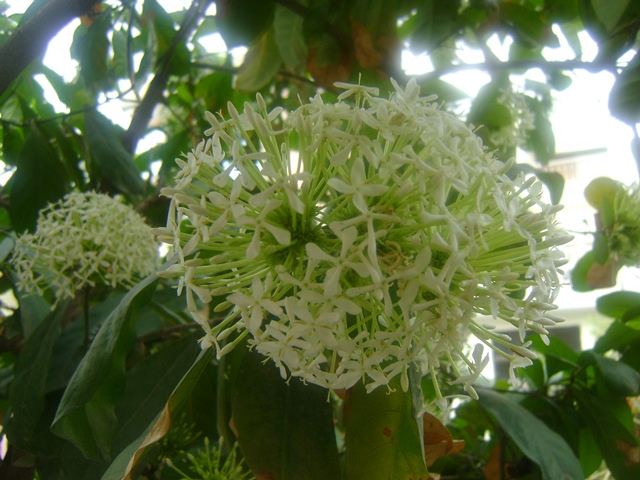 Ixora as a Flowering Bush

Though Ixora is not a popular houseplant, it can be a good candidate as a container plant in shaded porches, patios or pool sides for ornamental purpose or as a flowering bush in gardens. Ixora ‘Nora Grant‘ and ‘Super King’ are perfect as flowering bush whereas Ixora Coccinea is suitable for hedges and screens. Ixora can also be used in landscapes as annual flowering bush. 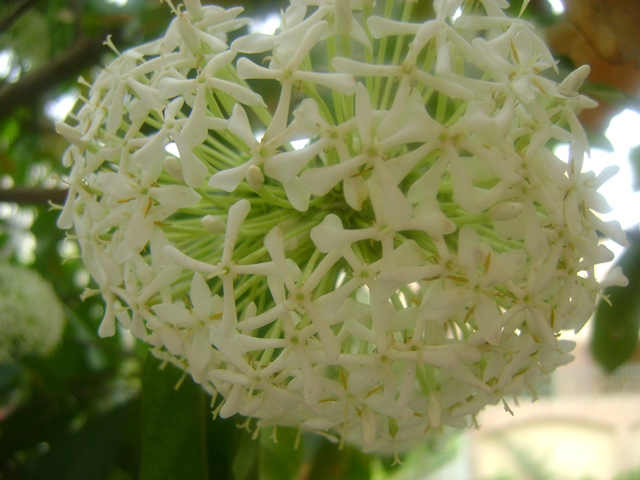 If you are planning a bed of flowering bushes in your landscape, some of the good companions of your Ixora can be: Boxwood Wintergreen, Buddleia Bi-Color- butterfly bush, Golden Forsythia and Hydrangea Nikko.

During Spring and early summer, feed every two weeks; feed monthly during the winter. Use acidic fertilizer containing minor nutrients and trace elements as these are important to maintain healthy foliage of this flowering bush.

Water generously during the summer, reduce watering during the winter season. Generally, they prefer regular watering in a well drained soil.

Ixora loves bright light throughout the year but do not like direct sunlight of the summer. If you are growing it indoor, make sure that you place it outdoor for some time especially during the spring season. Ixora do not tolerate freezing temperature. If you plan to bring indoors for the winter, do so gradually so that the plant can adjust to the lower level of light. Once indoors, do not over water.

Cuttings taken in the spring can be used to propagate plants, however, it is a bit difficult to root Ixoras.

Other Uses of Ixora

Red Ixora flowers are commonly used in Hindu worship, as well as in Indian folk medicine. Generally Ixoras are grown as ornamental plants in containers, as a flowering bush in landscapes and as a hedge. They make an excellent choice for bonsai as well.

Topical and sub-tropical regions across the world especially Pakistan, India, Sri Lanka, and parts of Florida.