Chaenomeles speciosa, commonly known as Japanese quince, is a beautiful flowering shrub from the family of Rose. Native to China and Japan, Japanese quince is a popular plant in horticulture. It is often used for forming hedges, screens, and garden borders. 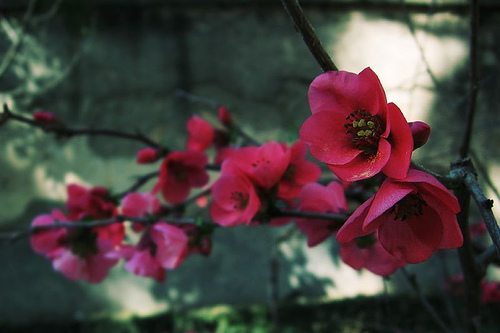 Japanese quince grows as a dense and broad flowering shrub that grows 6-10 feet tall and wide. This lovely shrub is known for its beautiful cup-shaped flowers that appear in late winter and early spring. Flowers are usually red, pink or white. Flowering is followed by formation of berry-like fruits called quince. 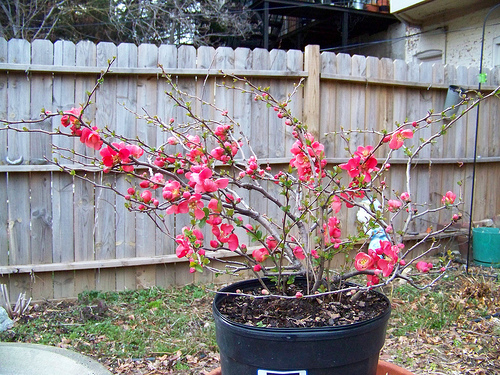 Japanese quince growing in a container/ Image by Cpike55151 (flickr)

Japanese quince moderate watering and a well-drained soil. This shrub loves bright sunlight and blooms profusely when provided with ample sunlight. The plant can be propagated easily from cutting.

Besides Chaenomeles speciosa, a number of cultivars are also grown for their beautiful flowers. Popular varieties include: 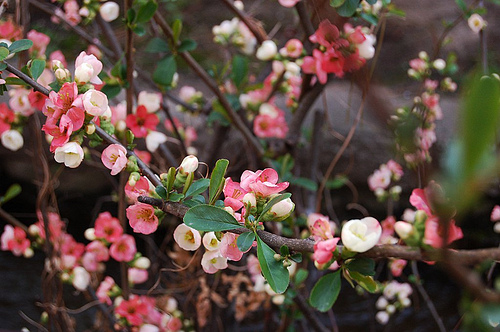 Chaenomeles speciosa ‘Toyo-Nishiki’ is a rather unusual form with red, pink and white flowers in the same flower cluster.