Pennisetum is a genus of annual and perennial ornamental grasses from tropical and temperate regions of the world. Some popular species from this genus include millet, grain and some fodder plants. These ornamental grasses are known for their foliage and flowers that really add ornamental value to gardens and landscapes.

Pennisetum are generally tough, drought-tolerant and easily grown plants. They usually grow in small clumps and produce soft, feathery inflorescence in late summer. Most species of Pennisetum are frost hardy in tropical climates; however they need protection from long winters of cold regions. These plants prefer full sun and a well-drained soil. In their native climate, these plants can withstand drought and require only moderate watering. 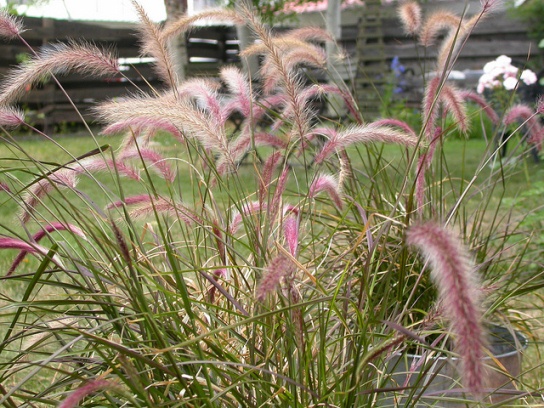 Some of the popular species of Pennisetum include: