Hyacinthoids, sometimes referred as Endymion or Scilla, is a small genus of bulbous perennials popular for their bell-shaped fragrant flowers.

Native to northern Africa and parts of Africa, Hyacinthoids are low-growing bulbous plants that bloom profusely in spring. The bell-shaped flowers of blue or lavender color appear on a long stalk rising from each bulb. Because of their low-growing habit and abundant showy flowers, Hyacinthoids are well suited to garden borders, open woodlands or spots under large trees where they grow easily and form clumps. 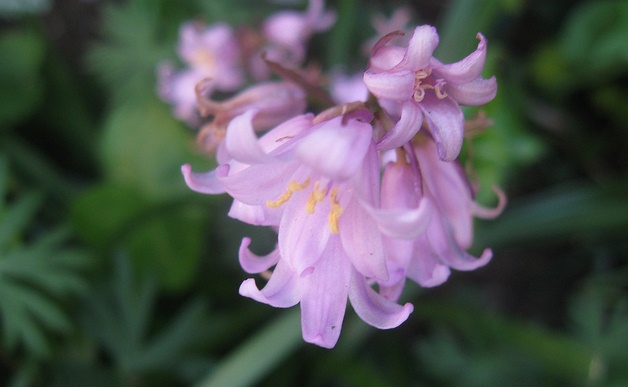 Scilla is a genus of low-growing and bulbous perennials that make excellent container or border plants. Most plants form this genus come from summer rainfall regions of Europe, South Africa and Asia. Though, not common in cultivation, Scilla are nice and easy-to-grow plants that produce clumps of lovely blue or purple flowers in spring. 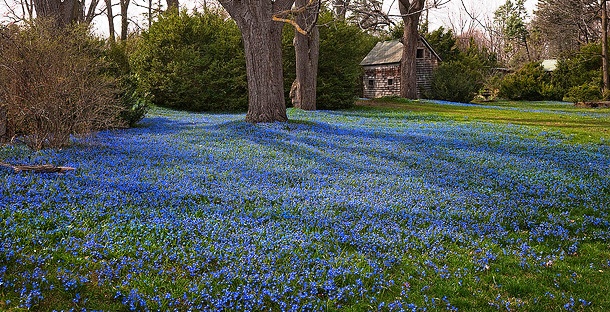 Scilla flowers growing in a landscape, Image by Roger Bruce

Being low-growing plants, Scilla can be grown as border plants, or to fill empty spaces in landscapes and flower beds where they can grow up to 3 feet.  Most species of Scilla grown under partial sun and prefer slightly moist but rich, loamy soil. Late summer or early autumn is the best time to plant bulbs. Young plants produce fresh foliage in winter and spring. Pale blue or purple flowers appear in spring but they do not last long.