Marmalade Bush – the name is as delightful as the plant itself is. Grown as bush, hedge or ornamental pot plant, Marmalade Bush or Streptosolen jasmesonii  is an evergreen bush that produces colorful flowers almost all through the year. Though classified as spring bloomer, the plants continues to produce flowers in all seasons in tropical climate. Trumpet-shaped flowers appear as yellow blooms and gradually put on orange and then red color. You would often find clusters of yellow, orange and red flowers on a single plant – that is how it justifies its common name. 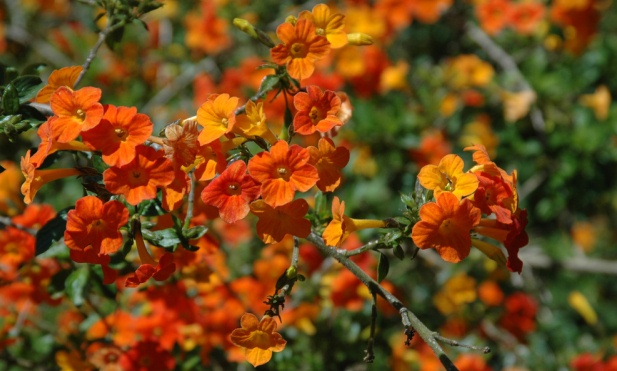 How to Grow Marmalade Bush

Streptosolen jamesonii is easily propagated from cuttings. It prefers bright sunlight, moderate watering and a well-drained soil. Young plants can grow as tall as 2 meters and spread as delightful foliage plants. If not in bloom, the plant is covered with glossy-green leaves thus making it a good evergreen shrub for landscapes.

The plant can be easily pruned to form topiary shapes or grown as arching bush over walls or trellis. Marmalade Bush attracts butterflies and garden birds too.